You hear a lot about the travails of being Sophie or of being her mother or siblings. You rarely hear about the plain old life of Sophie (other than seizures!), so I thought I would take a few photos of her this afternoon when she got off the bus from her summer school program, and I brought her back to her room. The Soph's universe is pretty contained, very padded and conducive to rest and relaxation with a sprinkling of things with which she loves to mess around. I told you the other day that she is free to roam around in her room, and other than occasionally banging her head on the only strip of wood not padded, she is safe to be alone. Lately, when she gets home in the early afternoon, she plays for a few minutes on the floor and then makes her way to the bed to take a nap.

I realized today that she totally and completely positions herself into an appropriate sleeping position for really the first time in her life.  Another side effect of cannabis, I suppose! Increased purposeful activity! I took a few photos to share with you in sequence. I suppose a video would be more informational, but I started snapping these photos as they happened and think it's a pretty effective way of illustrating a small but huge change in how Sophie is living her life. They're a study of How Sophie Does It Now That She Doesn't Have Seizures All the Time. 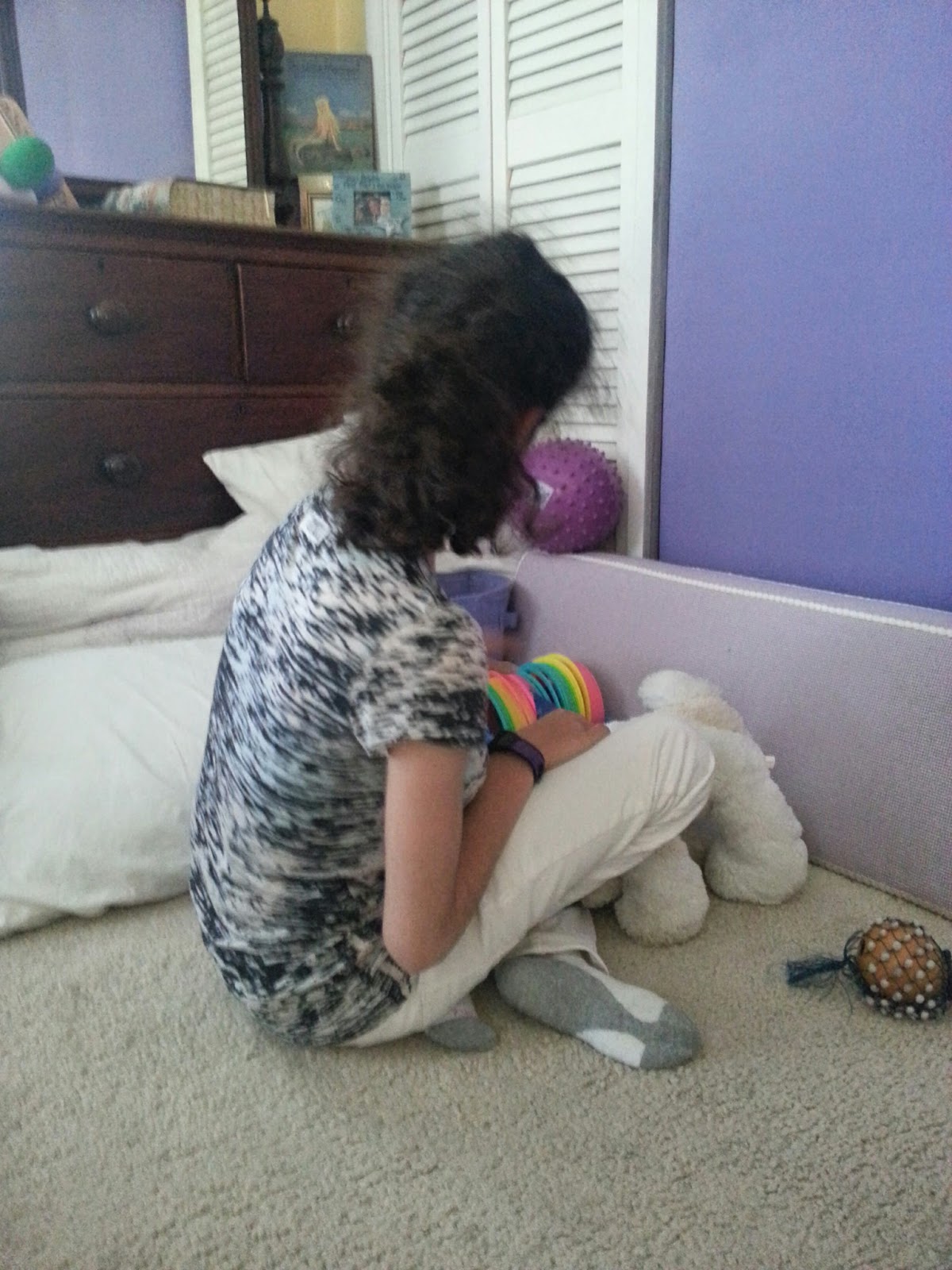 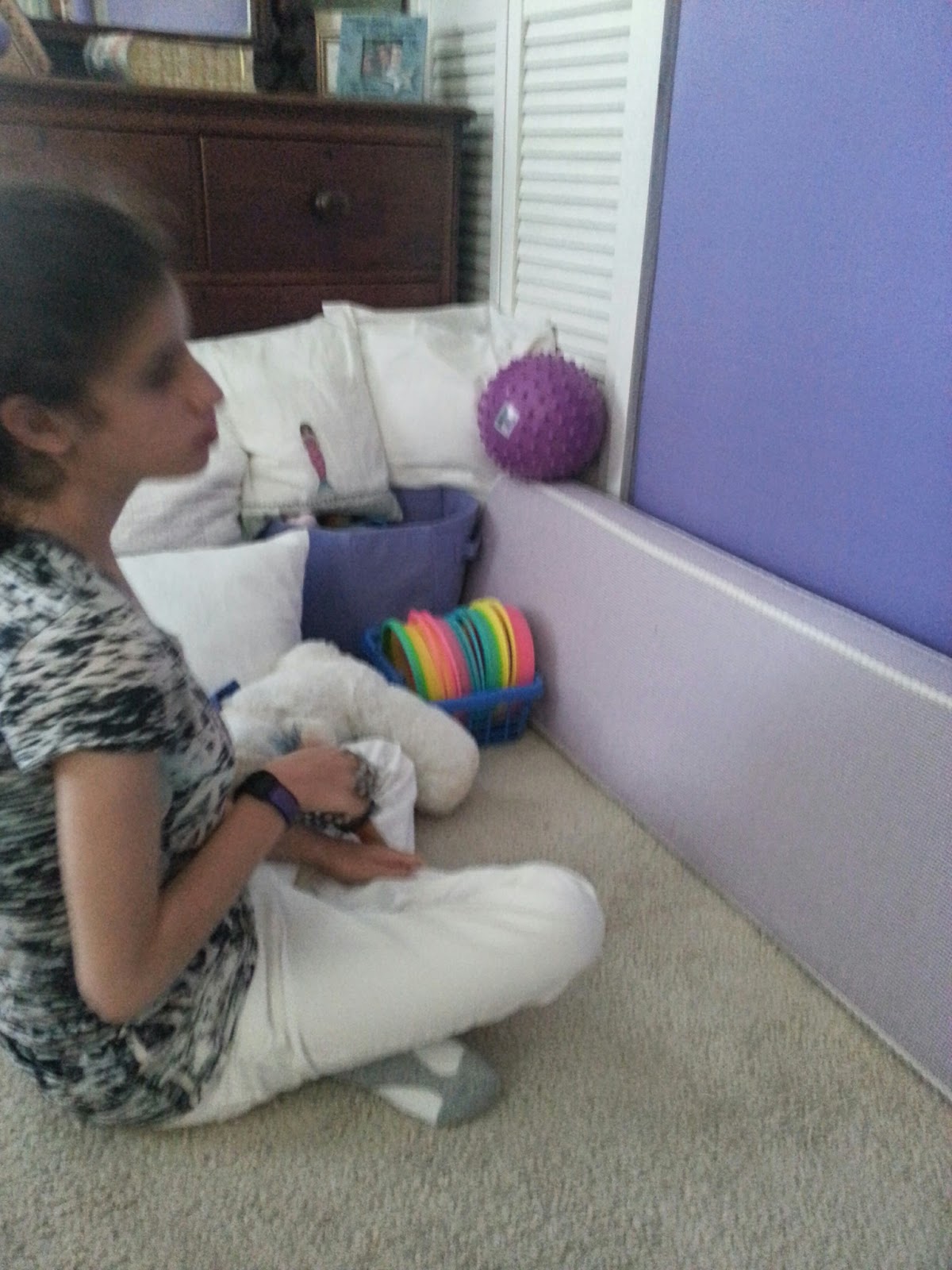 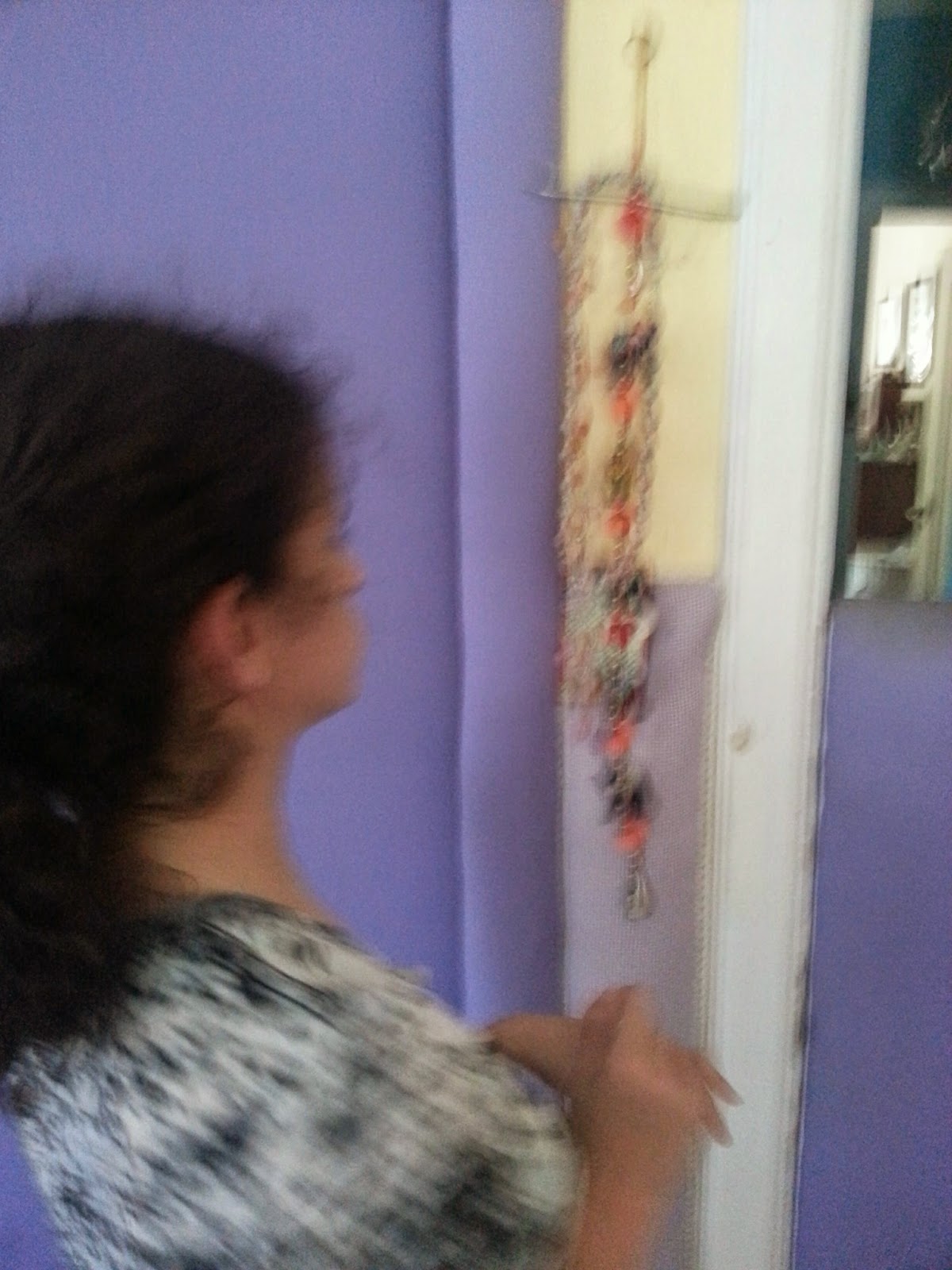 (there's the strip of wood that she likes to bang her head on!) 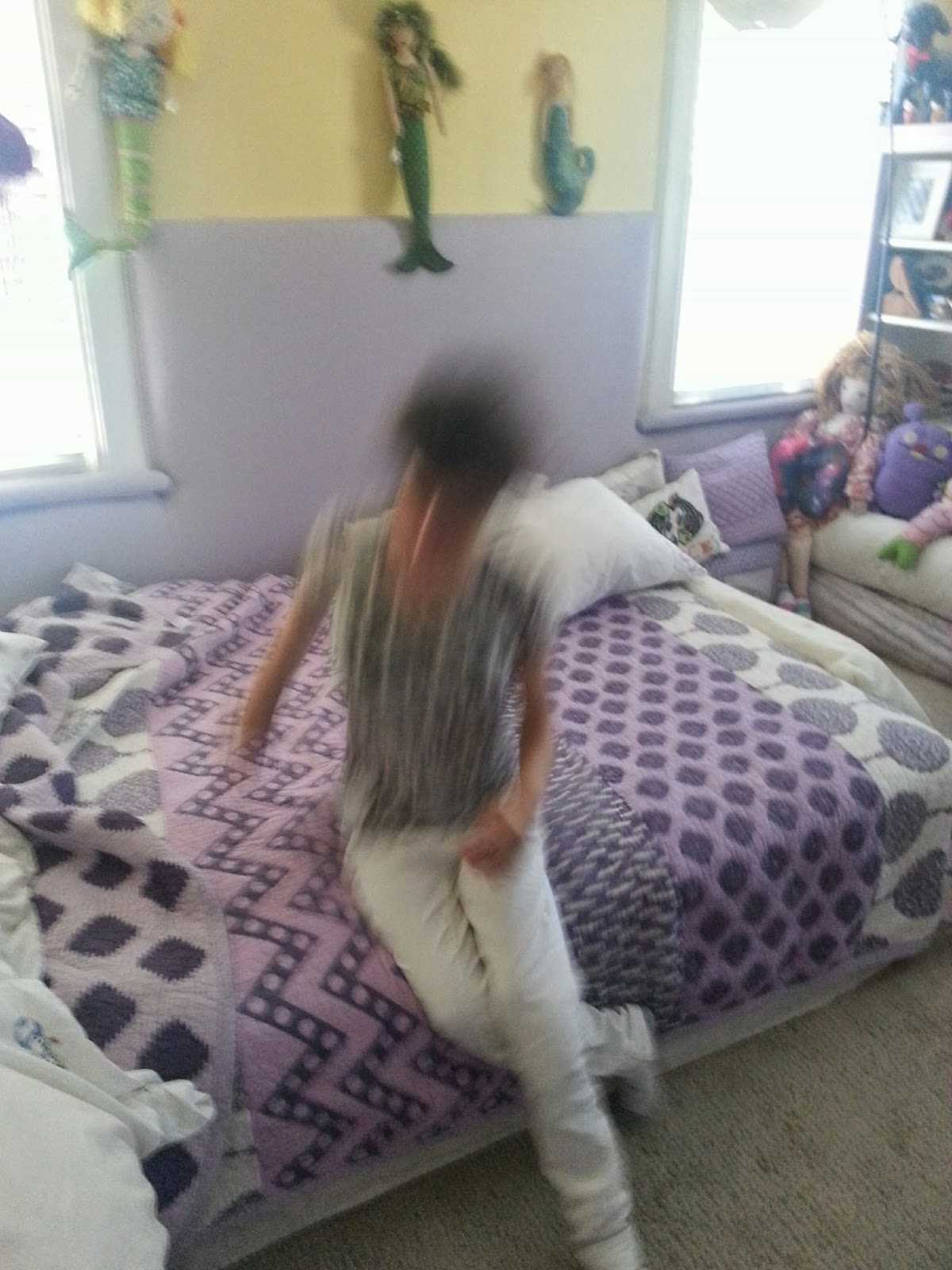 Sophie's motor deficits include ineffective use of her arms and hands, but she has abs of steel, a core strength that probably rivals Madonna's. She maneuvers her way on to her bed in a way that belies motor planning disabilities, too. 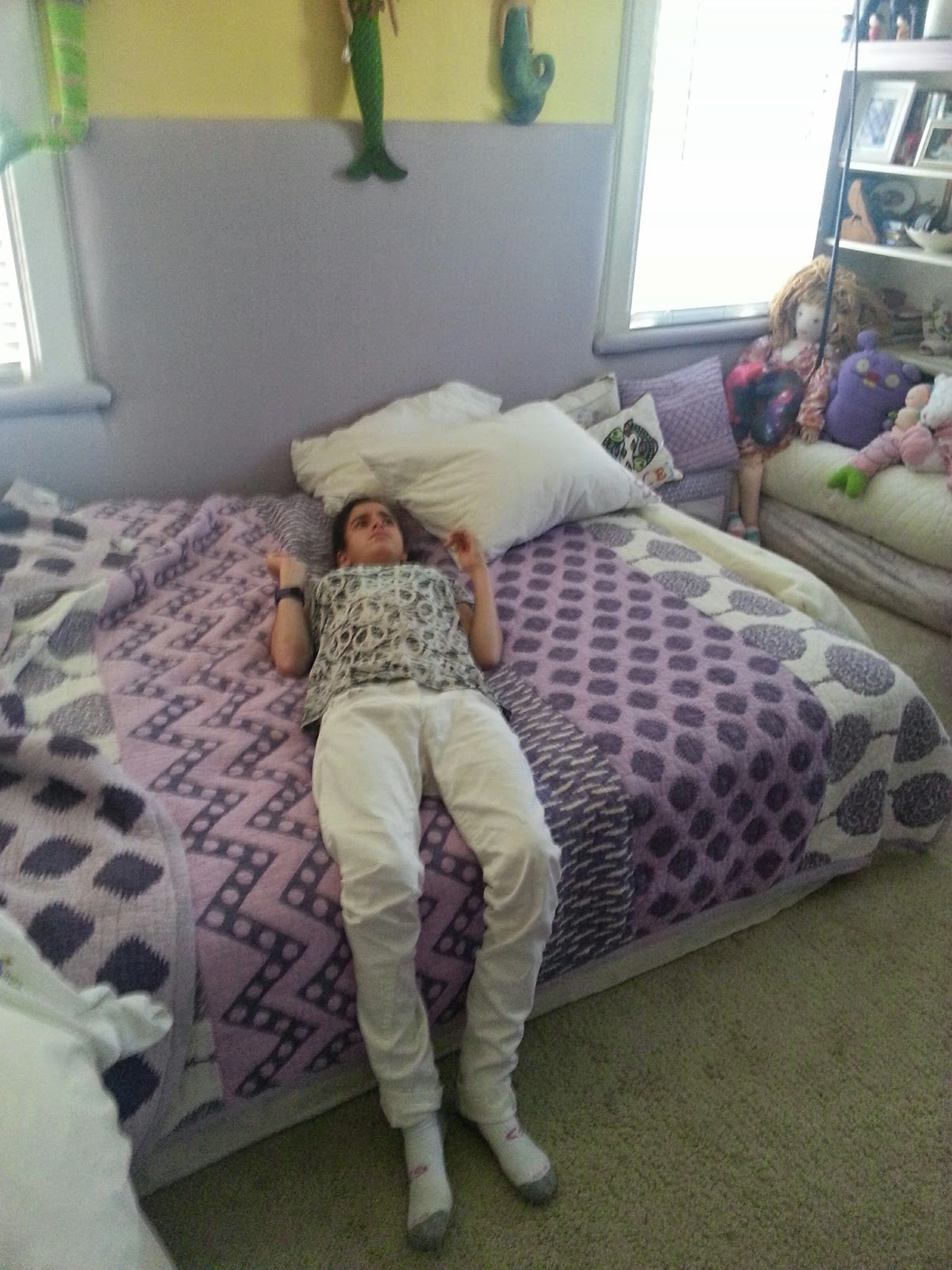 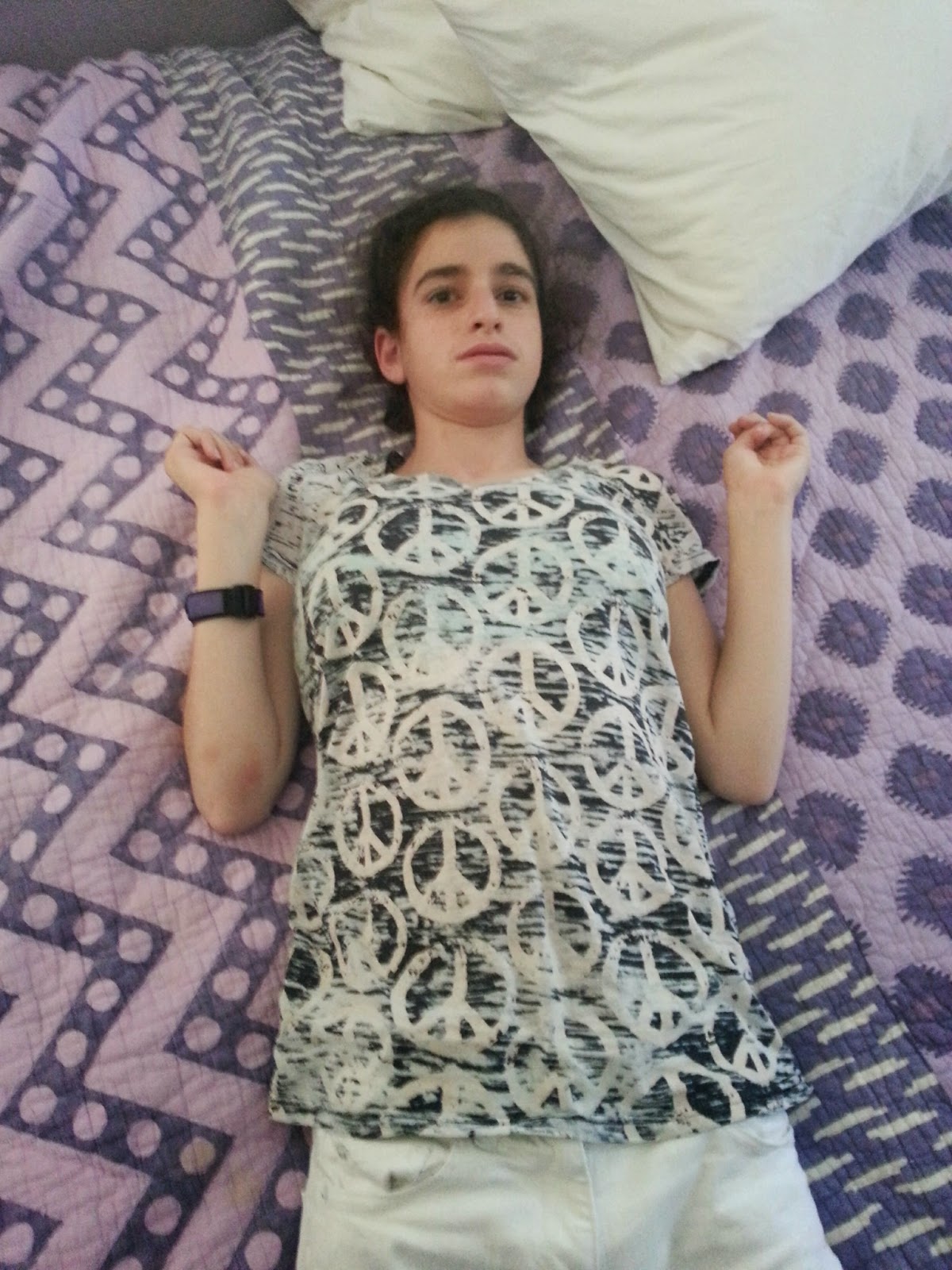 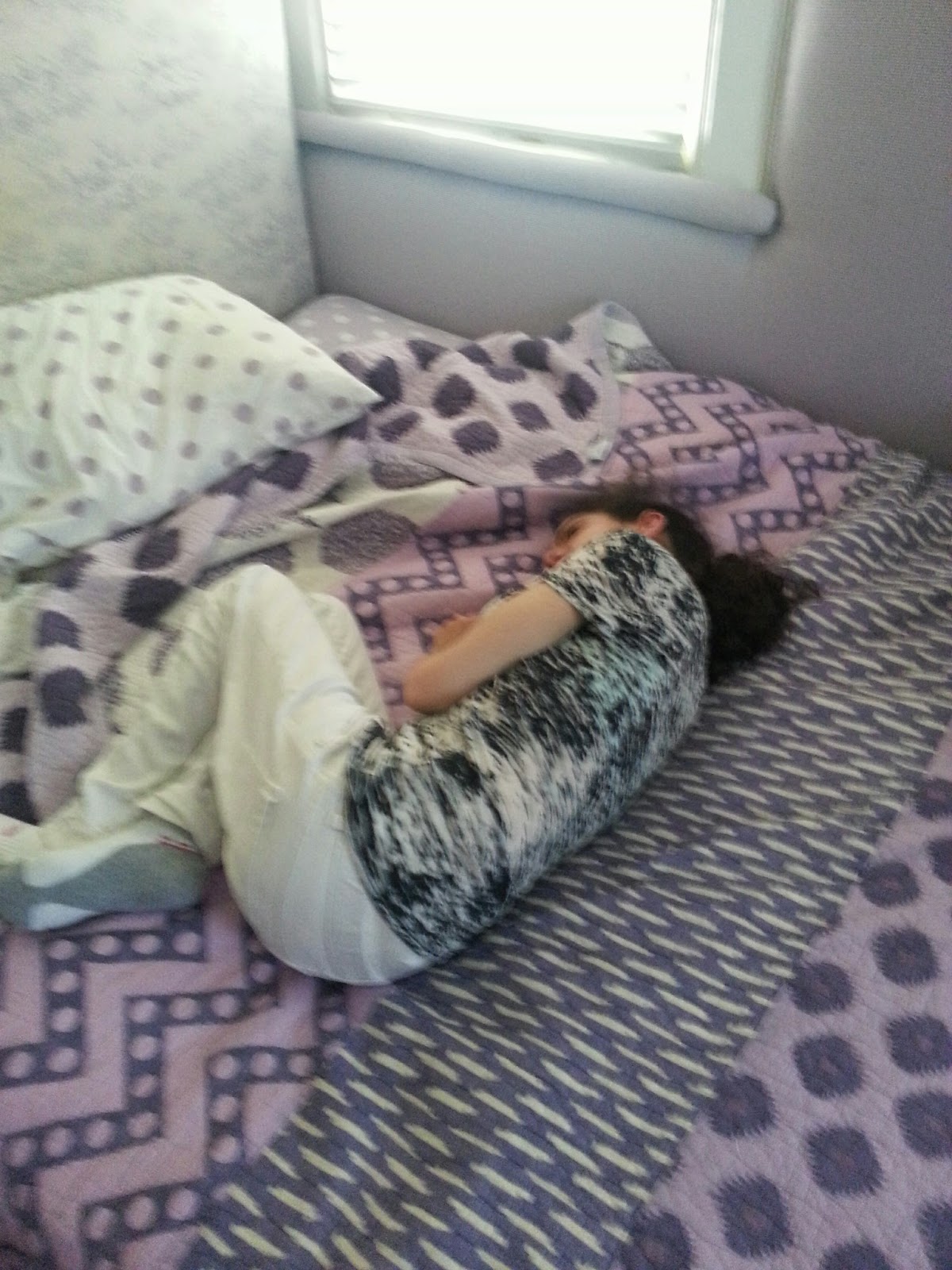 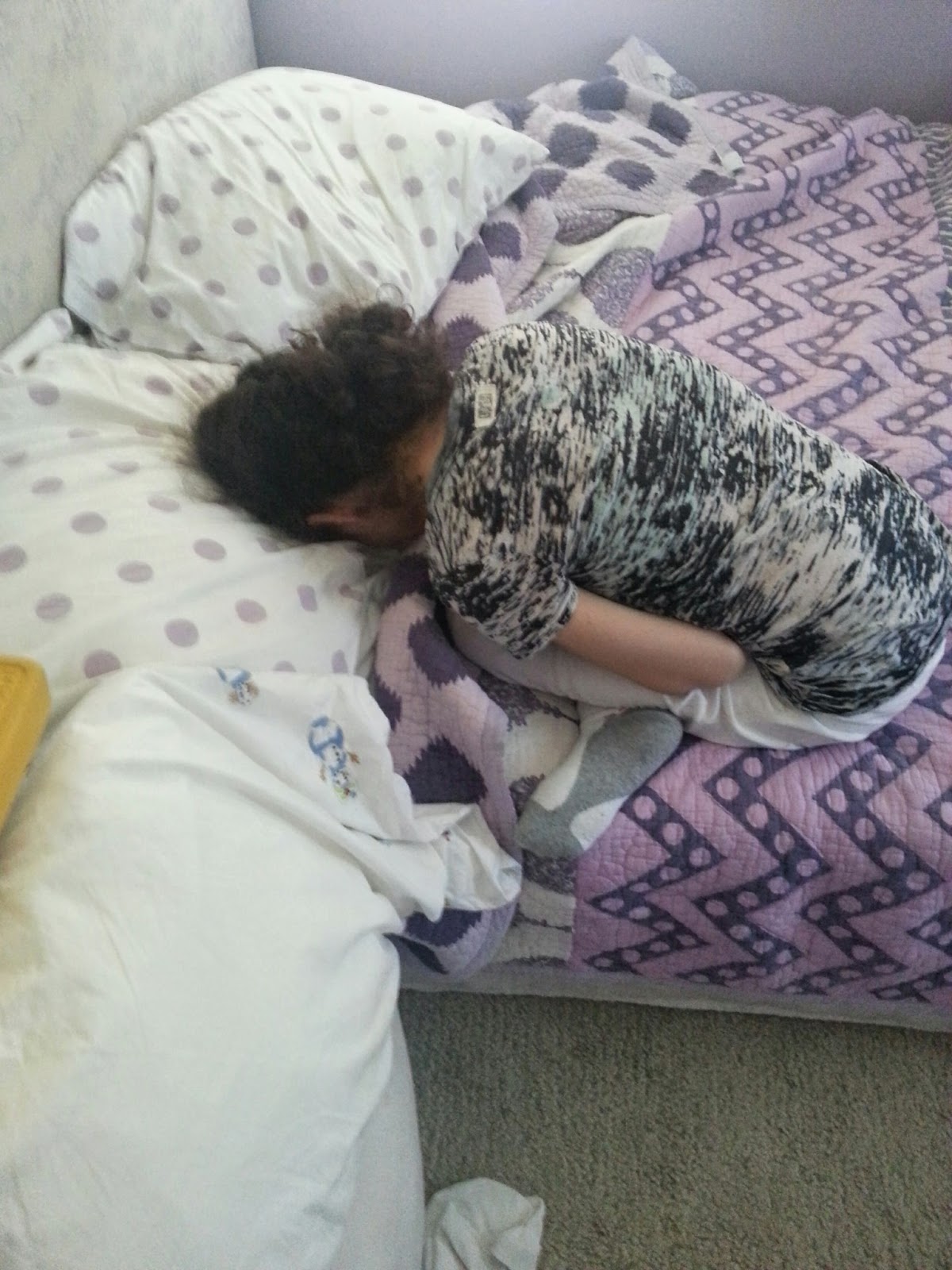 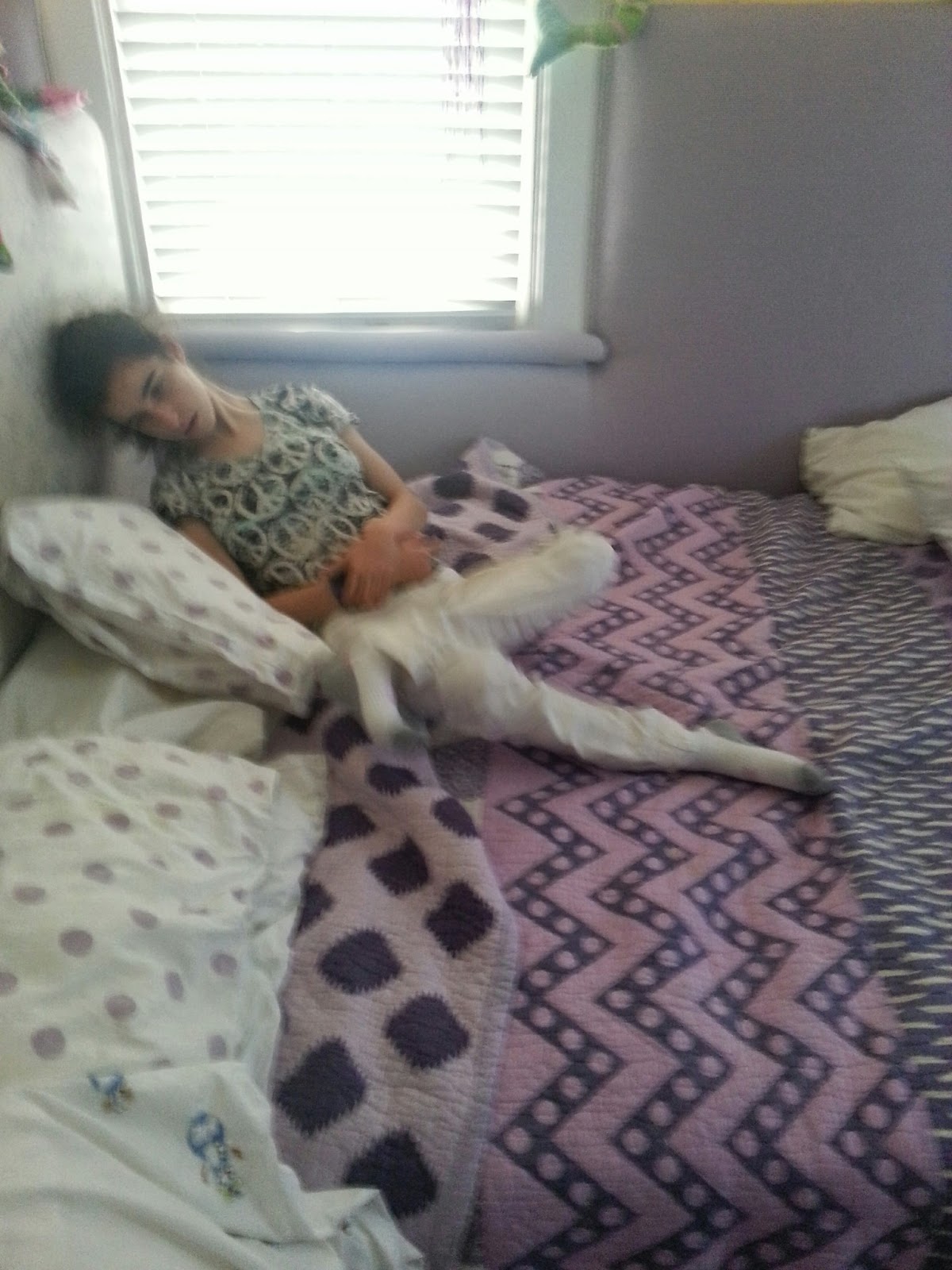 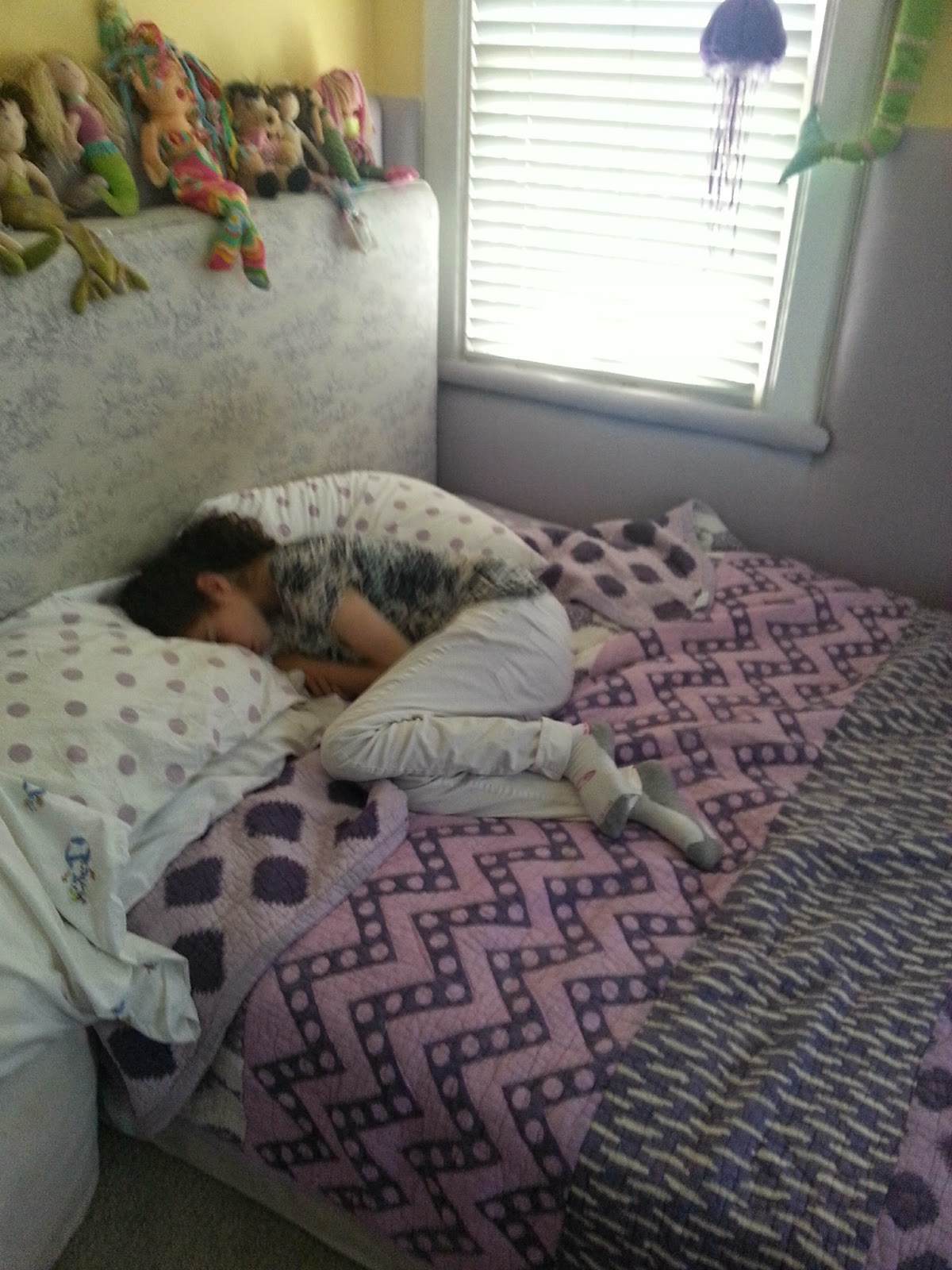 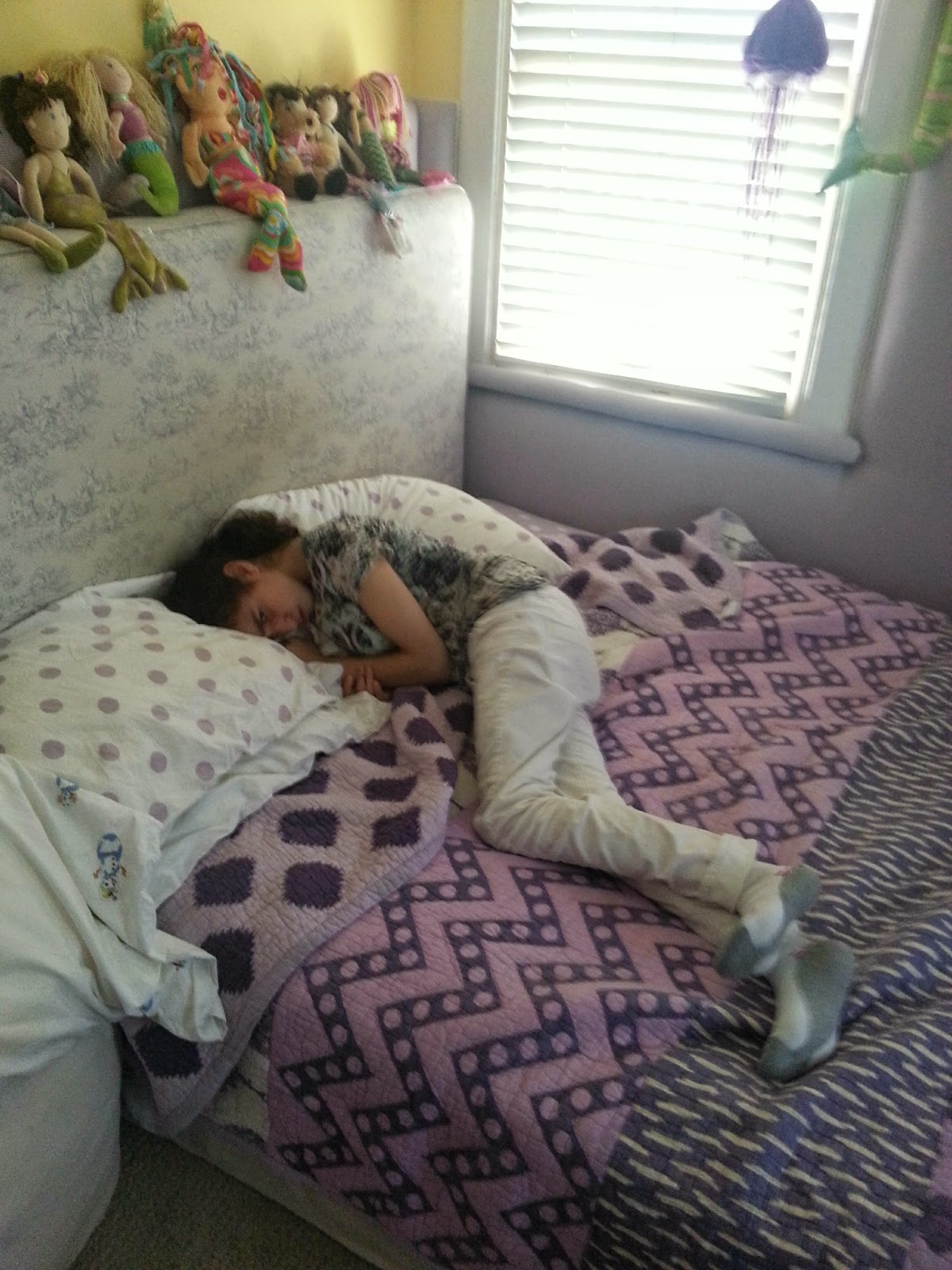 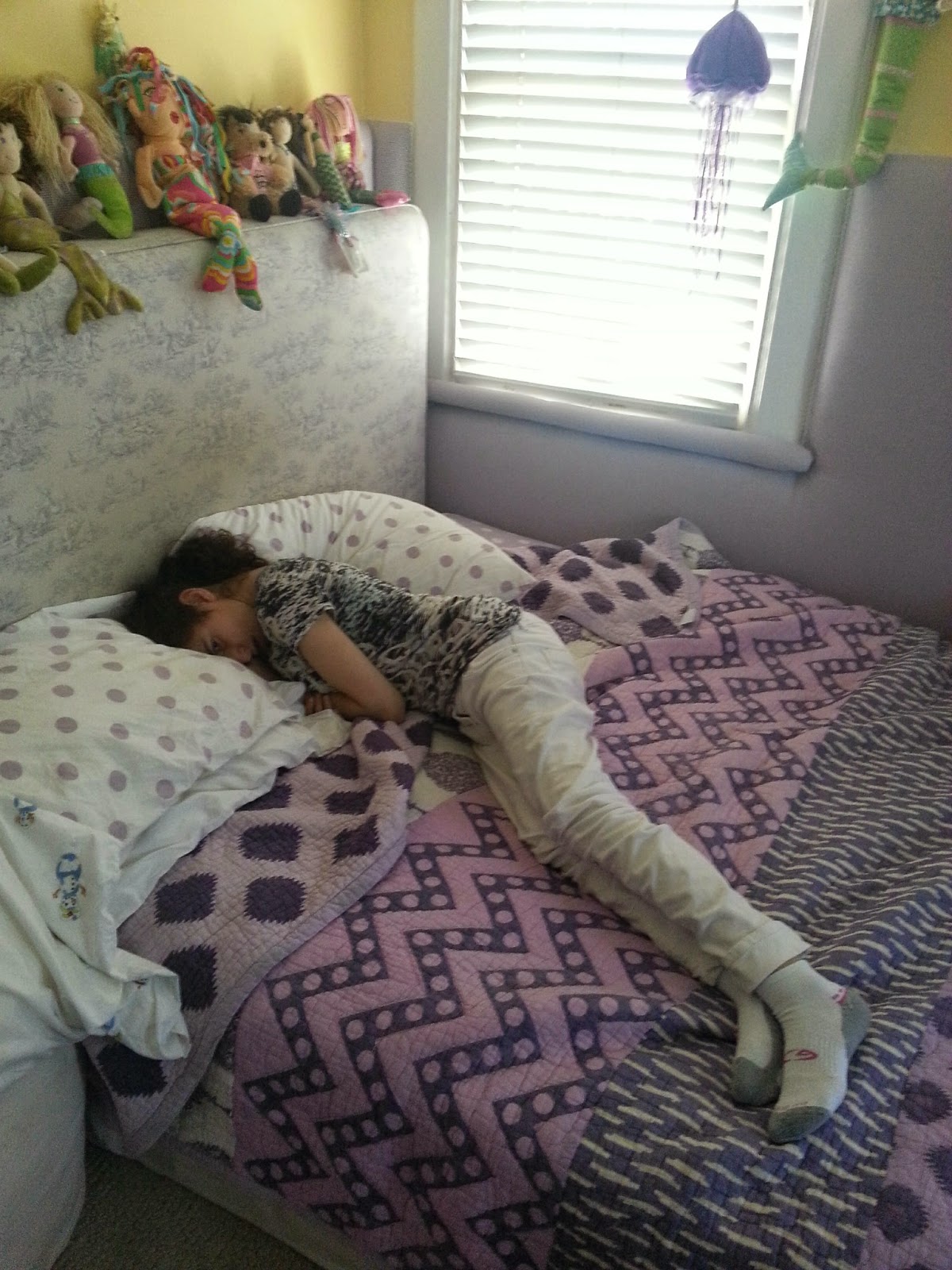