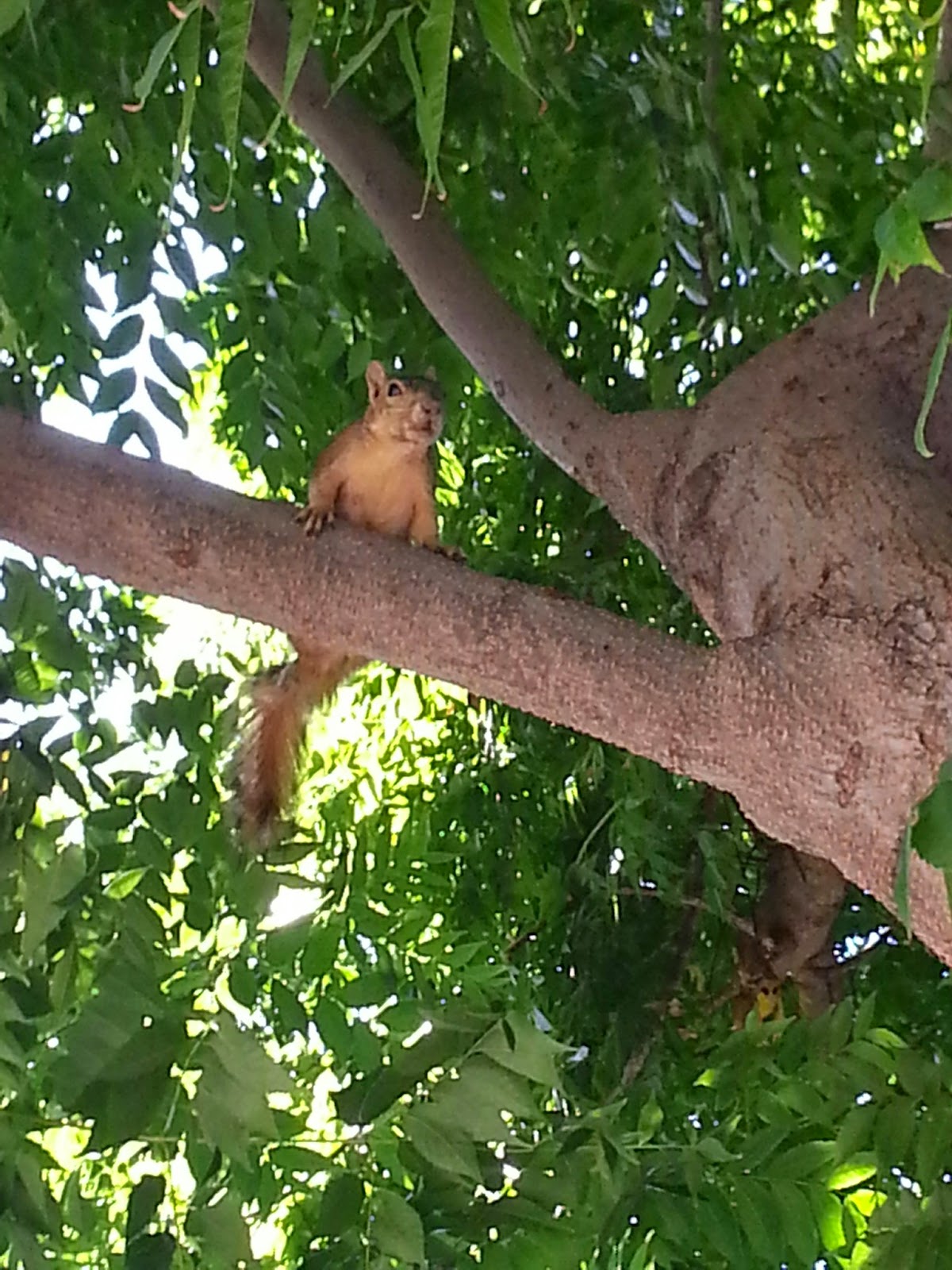 So, this morning I walked outside to get in my car and drive the two blocks to CVS in my sexy Mazda to buy a cool mist vaporizer that might help alleviate my and Sophie's terrible coughs that I guess I'll blame on a virus worsened by the incredibly dry air that's accompanying the drought caused by global warming. Did you get that? I was immediately made aware of something angry chittering at me. I looked up, and there she was -- The Mother Squirrel. She stayed on that branch for what seemed like minutes but was probably a few seconds, and the whole time kept up the most angry racket of mutterings and growlings. For a split second I felt terrified, certain that she'd come leaping off that branch like some kind of Monty Pythonesque beast and splay herself all over my guilty face, but then I remembered that as a human, the world is under my dominion***, so I pretended bravado and looked down for a moment to adjust my phone, took the above photo and then attempted an Instagram video as she scampered away. Basically, I got away with a scolding, but I'm certain she was pissed at me for not taking care of her baby. I have no idea whether her baby is even alive, but when I got into my car, my other least favorite animal appeared from under my car -- a big, fluffy black cat -- which makes me a tad suspicious that she was waiting around for another baby to fall from the nest.

In all seriousness, if there's such a thing as karma, this might be a testament to its veracity. Baby squirrels falling from nests, black cats lying in wait, sexy Mazdas  instead of legs, a persistent cough and headache, no rain for eight months -- what does it all MEAN?

***Just kidding. I don't really believe that the world is under my dominion. I was only quoting a very well-known Mormon blogger who years ago poo-pooed global warming with that Biblical imperative.
Posted by Elizabeth at 12:56 PM