Sparing the Rod, Not Spoiling the Child, Getting Rich*** 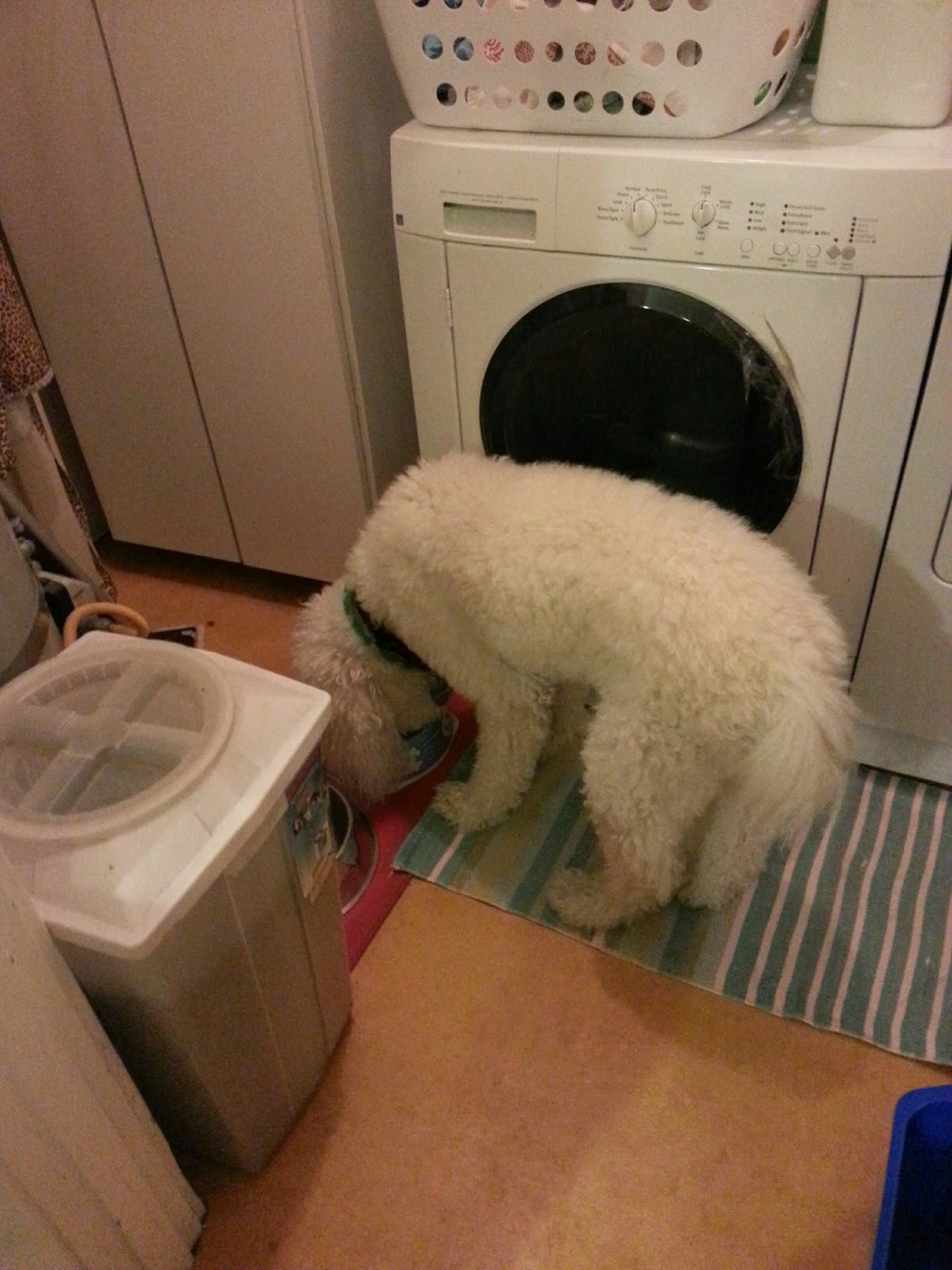 We have a dog and her name is Valentine. She was named Valentine after the patron saint of epilepsy, and she was supposed to be a therapy dog for Sophie but is now just a regular old family dog. She is a Standard Poodle and is as goofy and chirpy and bouncy in this, her eleventh year, as she was when we got her at seven months. Feeding her daily and giving her fresh water is the responsibility of The Brothers, and years ago when they were still Young Lads, when they bickered too much about who had done it yesterday, etc., I instituted a system of odd and even days. Since Oliver was born on an even day and Henry an odd one, it works out beautifully (except, of course, for the occasional months with 31 days), and you'd think that would be all taken care of, right?

The Brothers, no longer Young Lads, don't feed the dog unless I remind them, and this is really getting on my nerves. That photo was taken when I realized that the dog dishes were dry and empty at 10:00 at night, so out of pity and responsibility for this creature in our home, I fed her and then spared the rod but didn't spoil the child.

The new rule is this:

Every day that goes by that I have to either remind you to feed Valentine on your day or you forget, I get $1. I will collect this money at the end of each week. We're starting today. You each owe me $1.


***The getting rich part involves another rule whereby I collect $5 if I hear a curse word (other than if one is seriously injured with blood spurting or bones sticking through clothing or one is talking to an insurance company clerk) or see any rude hand and finger gestures (other than those directed in service to #don'tstarepaparazzi). We part time working, stay at home mothers and caregivers have creative ways to make money while we polish our toenails and eat bonbons on pink linen sheets.
Posted by Elizabeth at 10:00 AM