Urban Observations and Musings on Mindfulness and Disappearance 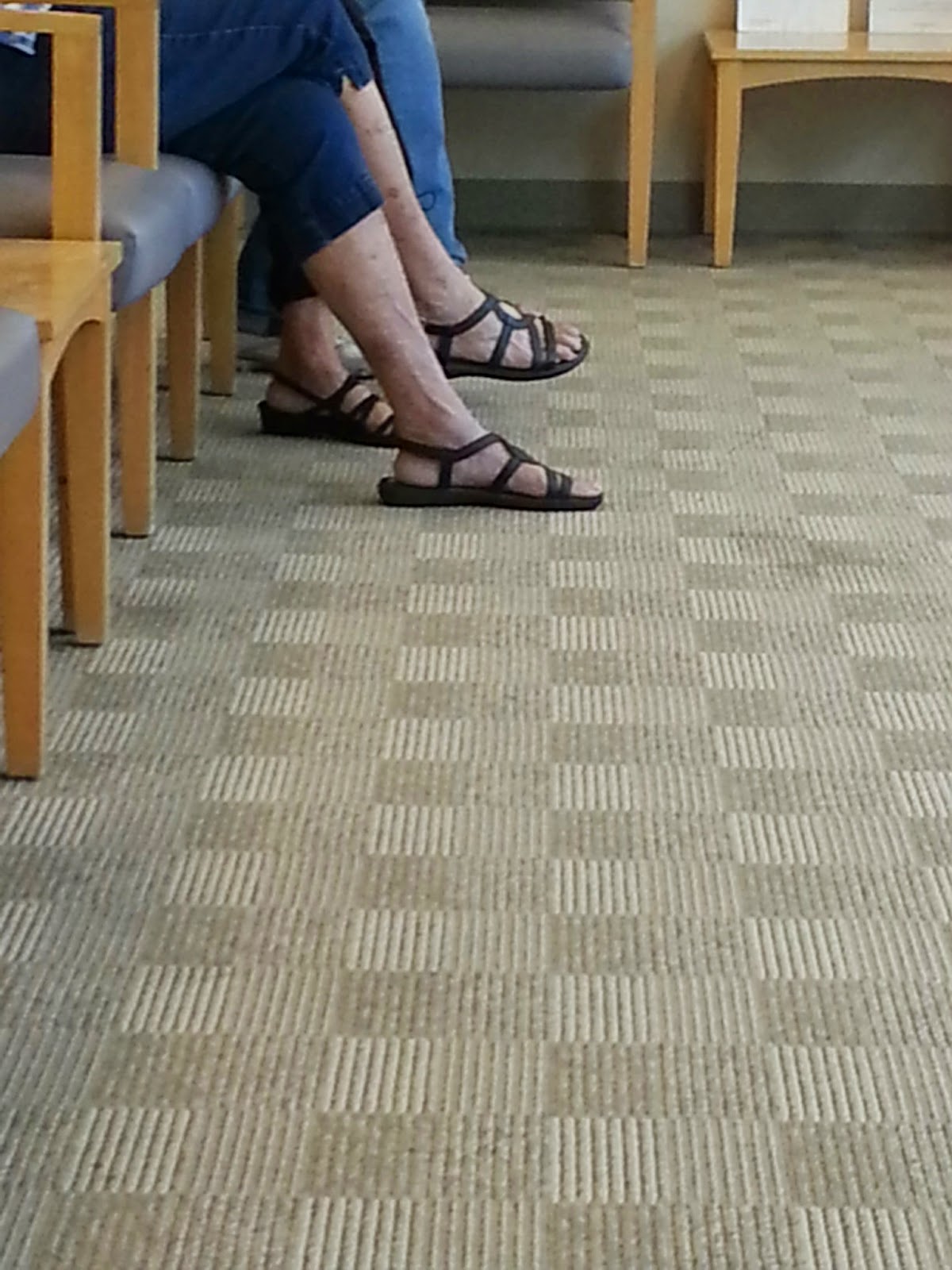 I left the CVS last night at dusk and on the way out listened to a woman, on her way in, lamenting the death of Robin Williams. It took a moment for me to realize that she was not all in her right mind, as they say, because she was asking questions of no one in particular. Robin Williams is dead? Was it a suicide or did his wife kill him? For not doing the diapers? I made tentative eye contact with her, and she asked Do you want to change dirty diapers?

As I walked home, I realized that in my purse I carried nearly $1,000 of a powerful narcotic but that I was hardly the richer for it. I also carried a $12 razor and $20 razor blades for my older son. Narcotics and razor blades nestled in a brown leather purse.

Today I took Sophie to her every three month or so neurology appointment. While I really like and admire The Neurologist, have I told you how much I hate my life when I have to go to hospitals and appointments with Sophie? You'd think at this point that I'd be sort of numb to it all, but I'm not. At the very least, my mindfulness practice enables me to identify that the physical nausea, elevated heartbeat, stifled whimpers that would so much like to eke out of my mouth, and pinprick of tears behind my eyeballs are all just -- there. I can just acknowledge them as visitors, in a way, not suppress them or hate them or indulge them. It's very precise work, though, to do that -- one of those tightrope walks that I've told ya'll about. I have no idea why I have this problem, if you can call it that. At worst, I fantasize about various ways I could disappear -- not so much suicidal thoughts or death wishes but just an end to it all.


Those legs in that photo belong to three women who were in the waiting room in the neurology department this morning. Directly behind them is a sign on the wall in large letters, spelling out the word:

Whenever we go to see The Neurologist, I stare at that word and the plaques below it, memorializing the generosity of various people who, I guess, have helped to conquer neurological disease. I rarely feel gratitude when I look on this but rather am reminded, again, of how much I hate the medical world and, particularly, war imagery. Don't get me wrong, I'm grateful that I'm not waiting to see a doctor in Africa -- let's say -- where the walls and floors are speckled and splattered with Ebola-infected blood. The world is vast and cruel, my own issues and problems dwarfed. I just hate the idea of conquest and warriors and all that lingo. I make myself laugh by thinking it should read:

I recognized a kindred spirit in one of those three ladies attached to the legs in the photo. She was an old woman, flanked by another old woman who was her sister and a middle-aged woman who was her daughter. I know these things because the three of them spoke loudly throughout our wait to see The Neurologist. The kindred spirit woman was the one who had some sort of problem, and while her daughter and sister were relentlessly cheerful in the manner of those who aren't sick, she said at some point or another that rather than have the test, which I think was a spinal puncture, she wanted to just go ahead and die. The middle-aged daughter remarked that her mother was so negative, and the sister, who was markedly thinner and sported a bouffant hairdo and make-up, opened her mouth in a sort of gasp and declared, Well, then, who is going to take care of me when I am older? I sort of wanted to get up and go over to the sick one and put my hand on her shoulder, tell the other two to knock off the positive shit and then say, Let's get the hell out of here, but just about then, the male nurse called out Sophie's name so I got up and reluctantly walked away. I did hear my kindred spirit tell her sister testily that she did have two daughters to help her out, but the sister said, It's not the same thing, and you need to cooperate and have a better attitude and then I was out of range, on my way in to juggling Sophie while the nurse tried to get her blood pressure and to walking her up and down the bland hallways waiting for The Neurologist to appear.

I confess that the fantasizing happened in the parking lot, after the appointment, when I forgot where my car was parked, an occurrence that happens so regularly as to belie my otherwise formidable memory. Again, mindfulness practice helps, but oh, to disappear.