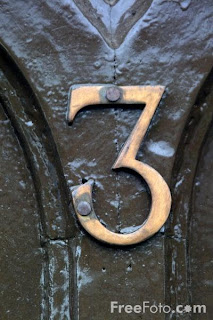 So, Sophie's overnight EEG shows a recurrence of ESES. That stands for electrical status epilepticus in slow wave sleep. In layman's terms it demonstrates an EEG (or brainwave) pattern of near-constant spikes and waves during slow-wave sleep. In even simpler terms, it means that Sophie's brain is seizing more than 85% of her sleep, sub-clinically. Sub-clinically, means not to the eye.

We suspected as much and the news is not a surprise. It would account for her exhaustion and her frailty. She had this very rare syndrome over six years ago and it can recur.

I'm resigned to it, actually. The last time she had it, I was convinced that she had given up and was going to die. We were given three treatment choices, which I'll call Door Number One, Door Number Two and Door Number Three.

Door Number Three: IVIG (intravenous immunoglobulin)
She'll be treated with infusions of intravenous immunoglobulin over a period of time. It means at least one short hospitalization and then subsequent home treatments (if the lovely and accommodating Anthem Blue Cross does us right). It's a bit of an answer for the short term. The treatments will be terribly expensive and have some risks, but it worked before and hopefully will again. We'll do our homeopathic and osteopathic thing to support her.

It's Friday and I've done nothing today but talk to The Neurologist, my mother and cleaned out the area under the sink where all the cleaning supplies are. I've finally purged our house of toxic chemicals. Except for the two McDonald's glasses sitting on the dining room table.

The birds are singing in my backyard, and the illegal Korean daycare center operating in the house next door is finally quiet. The crows have cleared out. They were raucous earlier, driving me nuts with their macabre squawking and energetic hopping.

I'm going to pick up those boys of mine and sing all the way home.
Posted by Elizabeth at 2:43 PM