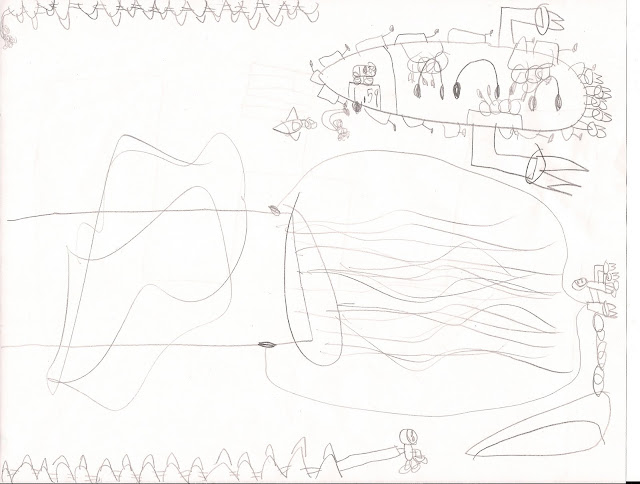 Oliver recently saw a photo of the leaking oil in the Gulf, and he was horrified. I told him to draw one of his fantastic action photos that showed a solution to the leak. This is what he drew and this is what he told me:


That piece on the left is the pipe that is leaking the bad stuff. A guy with jet packs swims down to the leak and tries to clog it up, but if he doesn't, there is a back-up plan. If he does, the guy above the spill (in the right top corner) will press the big, black button and that will stop all the time-bombs from exploding. If the first guy doesn't clog it up, the whole thing will blow up. That's good because the oil thing will blow up and the submarine will have tools to clean up everything.  The hose squirters at the bottom will take care of the fire when the whole thing explodes. It's special stuff that works in the bottom of the ocean.