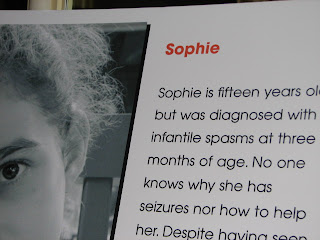 I'm on the board of the Epilepsy Foundation of Greater Los Angeles, and on Wednesday night we had the annual Care and Cure Dinner. Over 700 people gathered for dinner and presentations at the Beverly Regent Wilshire Hotel. It was a very grand affair, and while business casual, the attendees included lots of Hollywood power elite -- something that I could actually care less about but when it's for a cause so dear to my heart, I'm more inclined to be interested. The event was very expensive, too expensive for most of my people, but three of my dearest and most generous friends came with me (The Husband had to work). When we walked into the ballroom, this is what we saw: 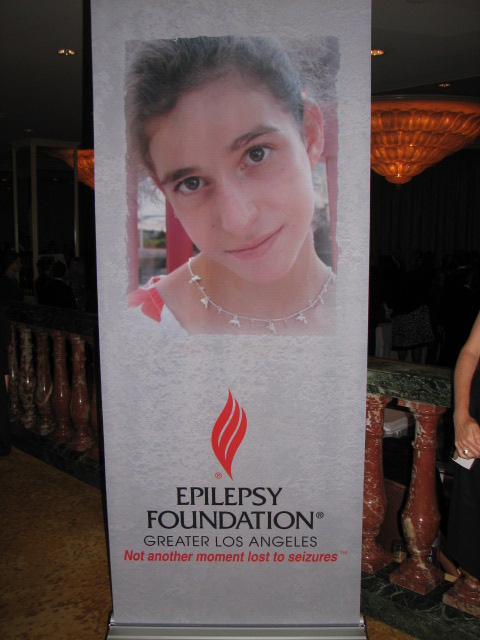 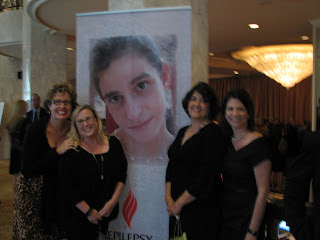 This is where we hung out 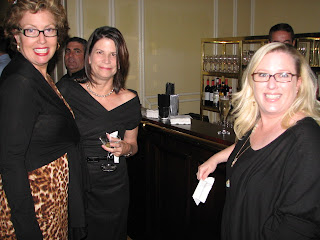 I don't know the amount, but I imagine a lot of money was raised, most of which will go toward funding two Fellows in the department of pediatric neurology at UCLA. There is a dearth of pediatric epileptologists in the country -- so few that most children must wait at least six months to get an appointment with one. Our organization is hoping to change that, and this successful dinner was a step in that direction. One of the Fellows who was funded last year spoke at the dinner and he said something that I have NEVER heard a neurologist say before. I think I'll end on it because it was that powerful:

Hallelujah and amen to that.
Posted by Elizabeth at 9:15 AM