My Kind of Movie 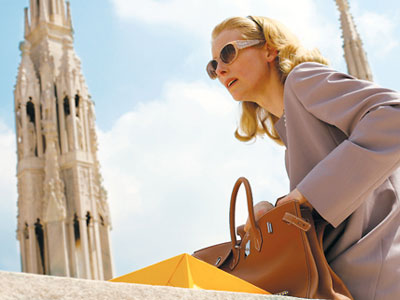 I saw the movie I Am Love tonight, an Italian drama directed by Luca Guadagnino, starring the eerie and amazing Tilda Swinton. If I told you that I was so utterly transported I contemplated leaving my husband and family to start a new life, would you believe me?

This is the kind of movie that one rarely sees anymore. It's an homage to old films and filmmakers, particularly Hitchcock and Visconti, but it's got almost an amoral streak. There's a scene during which the entire theater literally gasped, and a relentless and almost reckless pace that sweeps you along. It's ridiculously beautiful and romantic and, like I said, transporting.

When I left the theater and drove home in the late afternoon sunlight I thought of people I once knew, of the person I once was, of the person that I still might be.
Posted by Elizabeth at 11:04 PM