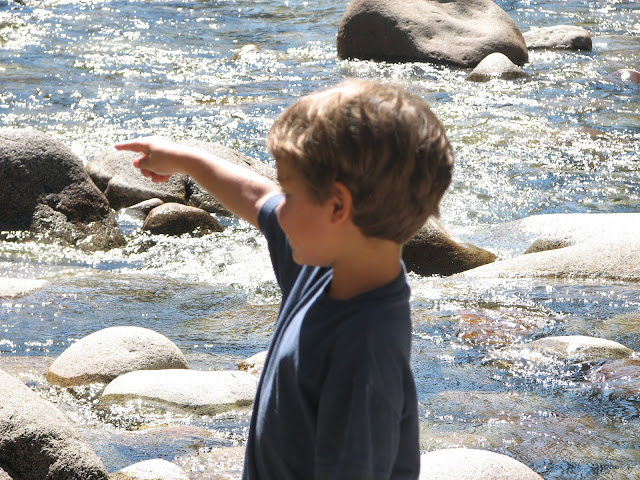 I sipped my coffee this morning into which I had sprinkled some cinnamon I don't know why and when I stood up to close the washer door Henry said I hear Sophie and then that hearing turned into panic because he didn't just hear her but I did I heard her crying out the way she does when she has a seizure so I place the cinnamon scented coffeee down and ran down the hall not believing that she could have yet another seizure when she had been given diastat last night even but she was so I bent down and then sat down next to her on the bed and waited for her to be done and we're always sitting and waiting for it to be done waiting for the insurance to approve the treatment and waiting for the treatment to work and waiting for the doctor to call and waiting for it all to be over but not really over because we know what that means and when Oliver came in he asked in a different tone of voice so different from his usual strength of tone why is Sophie having so many seizures and she didn't have any last week I guess the Amma hug isn't helping her anymore and I grabbed him up into my lap where I was sitting, waiting and he buried his head into my shoulder and I was reminded of him as a baby when his head fit so neatly into that space between my shoulder and chin and there he was, nine years old and asking the questions and I said I don't know and then I said that things would be all right and that I know you are worried and sometimes I worry too but we can pray that she gets better and would he like me to do that and he nodded, his head on my shoulder and I said some sort of prayer to God, the Lord, whatever and whomever gives comfort, still, to a nine-year old boy who I peeked at through my half-closed eyes and his were closed and he was concentrating on the words I said Dear Lord, please heal Sophie from her seizures and help us not to worry. Then he climbed down off my lap and ran out of the room.
Posted by Elizabeth at 9:47 AM